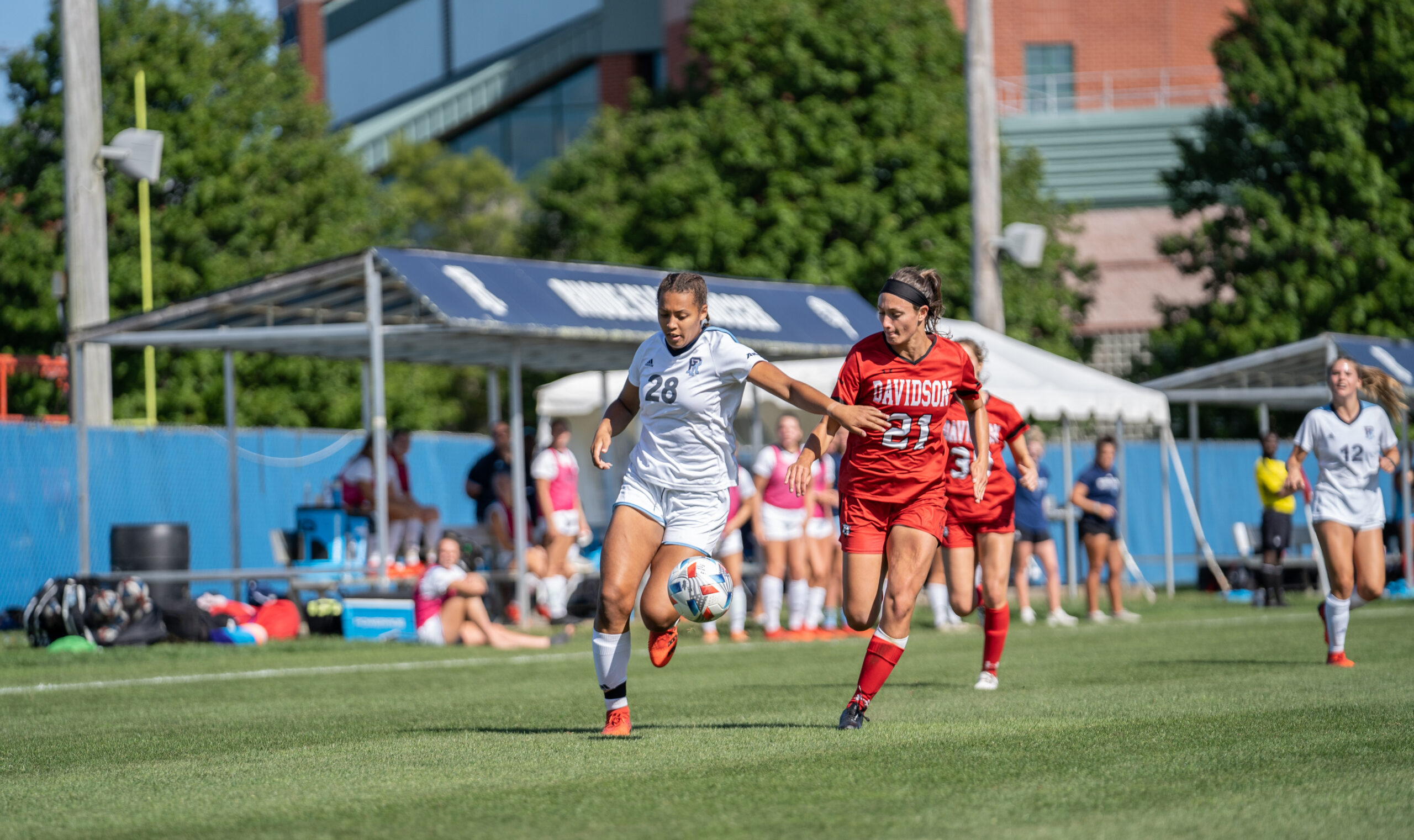 The University of Rhode Island Women’s Soccer team struck early in their first action of Atlantic 10 play, coming out on top with a 1-0 win against the Davidson Wildcats.

The Rams are now winners of two of their last three games, bringing their overall record to 2-4-1 through seven games on the season.

Junior Tali O’Leary scored the lone goal in the second minute of the contest, immediately swinging the momentum in Rhody’s favor. The Boca Raton, Florida native, who now leads the team with two goals this season, was assisted on the play by junior Brooke Cavino.

“You can’t really get a better start than that, especially in your first conference game,” Head Coach Megan Jessee said. “Getting that goal early just gave us another level of confidence to play with for the rest of the game.”

O’Leary is one of three players with a goal this season for Rhode Island, along with Cavino and junior defender Allison Mogauro.

URI lost O’Leary to injury for the remainder of the game shortly after her goal, but the Rams continued to maintain control, taking advantage of their depth in her absence.

“We’re really fortunate where if someone does get injured or someone can’t perform, we have people that can go in and keep the intensity up,” senior midfielder Rebecca D’Anna said, who saw 73 minutes of action against the Wildcats.

Rhody saw extended play from a number of players in O’Leary’s place, including sophomores Alyssa Fleming and Sam Hagerty. Both players saw their first college action in the fall after playing an abbreviated schedule in the spring.

The Rams also stifled the Wildcats defensively, allowing just three total shots on the day. Their play on defense has been a bright spot for the team this season, shutting out their opponents in both victories,

“The fact that we were able to actually keep Davidson without a shot on goal for the whole game is a great accomplishment for this group,” Jessee said. “It was a commitment from a team to defend, from forwards all the way back.”

Rhody was missing a number of players on defense due to injury, including sophomore Jordyn Allen, who had started the last three games for the Rams.

Offensively, sophomore midfielder Tess O’Connell led the team in shots with two. O’Connell joined O’Leary as the only Ram with a shot on goal against Davidson.

A few points of emphasis for Coach Jessee’s squad going into their next game include winning the possession battle and not letting up despite their recent success.

“Davidson’s a great start, but it’s just a start,” she said. “The mentality piece is huge for us going into the George Washington game.”

Rhode Island continues A-10 play on Thursday with a home matchup against George Washington. GW currently sports a 0-7-2 record and is sitting on a six-game losing streak following a 3-2 double overtime loss to VCU on Sunday. Kick off is scheduled for 3 p.m. and the game will be streamed on ESPN+.