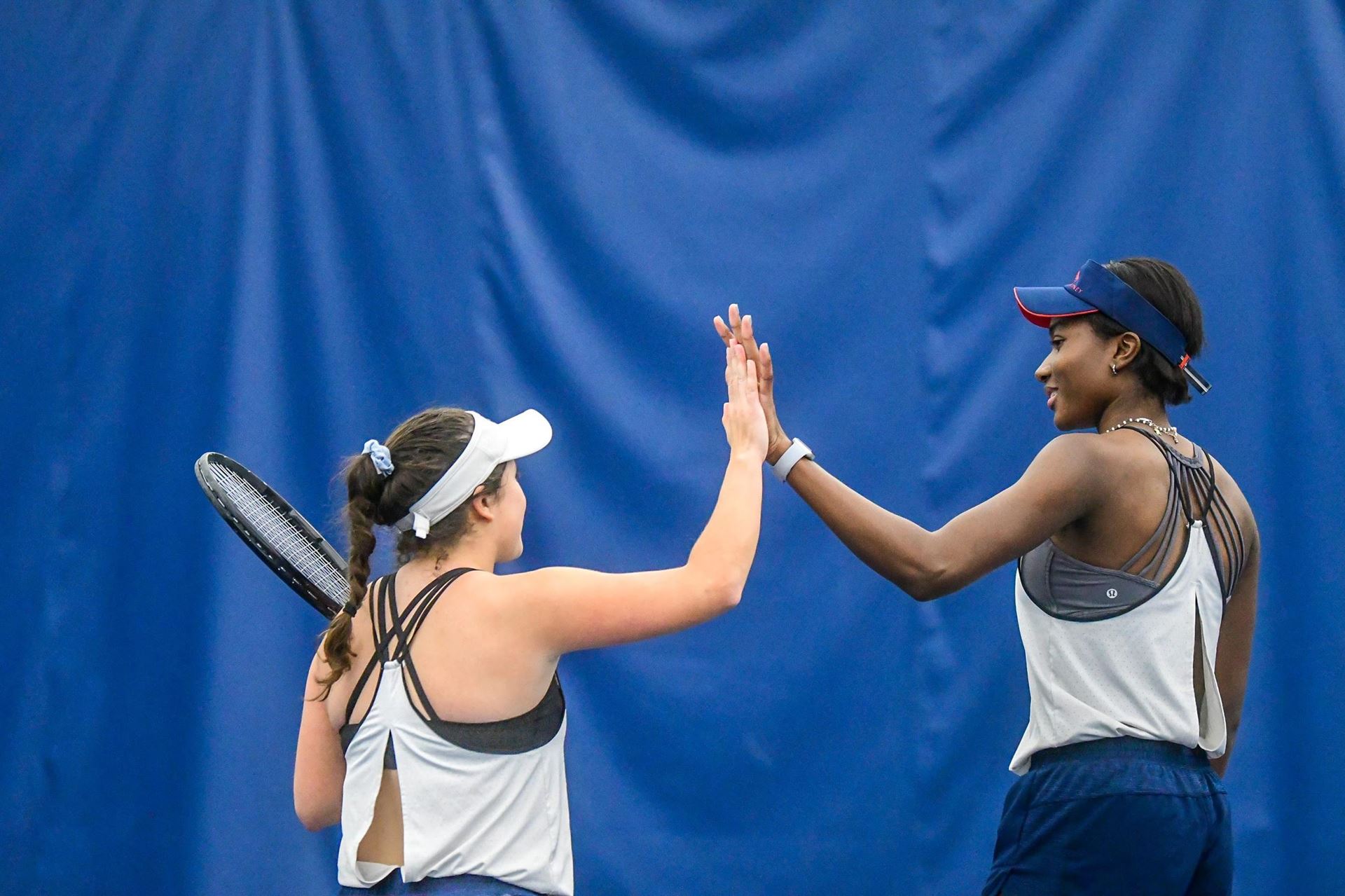 Tennis continued their fall season this past weekend at the UConn Invitational. Photo Credit gorhody.com

The University of Rhode Island Tennis team wrapped up their second round of competition last weekend in Storrs, Connecticut after taking part in the UConn Invitational.

After a 9-2 record and a trip to the Atlantic 10 semifinals last season, the team started off fall competition with a number of solid performances in tough tournament play.

“This was a great test of where we were at compared to last year,” Head Coach Val Villucci said. “It really helped me to see that we’re in a good place actually.”

Rhody started off match play on Friday against LIU. Ranked 109th in the nation last season by Oracle, the Sharks played close against the Rams. Three out of the five singles matches reached a third set tiebreaker, with junior Sydney Chratian coming out on top in her match 3-6, 6-0, 10-7.

Although the Rams dropped their other two three-set matches on Friday, they did secure four total match wins. In addition to Chratian, sophomore Nadia Rajan had a 6-2, 6-4 win at first singles, Valentina Cvackova took sixth singles 6-3, 6-3 and the combo of Cvackova and freshman Gracie Campanella took the team’s lone win at doubles 6-2.

“Overall as a team, we left it all out on the court,” Chratian said of her team’s performance. “We had great energy and intensity on the court as well.”

Villucci shuffled around her lineup during this match, a move that she hopes will keep her team prepared for any situation.

“We have to keep everyone on the team competitively ready, and we have really good depth on our team,” she said. “They’re not afraid or hesitant or scared of all those things that come with competition.”

URI is also looking to fill the spots left by last season’s graduated seniors, Rachel Smilansky and Halah Davis. With three newcomers joining the team, Villucci is already impressed with how they’ve responded with their early opportunities.

The Rams closed out tournament play on Sunday against UConn. Rhody was victorious in three matches against a tough Huskies squad, with Loredo and Sydney Chratian winning 6-4 at third doubles, Cvackova putting together a 5-7, 6-4, 10-5 marathon win at third singles and Nelander winning a tight 7-6, 7-5 battle at fifth singles.

Sydney Chratian was one of the Rams top performers in her team’s stay at Storrs, remaining unbeaten in all three matches. Cvackova also won all three of her matches over the weekend, keeping the Czech Republic native undefeated in fall competition.

Rhody will participate next in the ITA Northeast Regionals from Friday to Sunday in West Point, New York. Rajan, Erin and Sydney Chratian, Loredo and Higuchi will all represent URI in the tournament, out of the 105 players competing. Higuchi will only participate in singles, while the rest of the Rams will compete in both singles and doubles events.