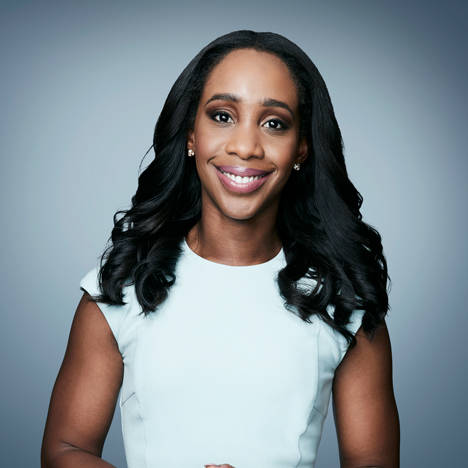 CNN’s Abby Phillip is set to give a virtual lecture about honesty and authenticity in political journalism for this year’s Amanpour Lecture. PHOTO CREDIT:  chicagoideas.com

Within four years of working at CNN, Abby Phillip has “become successful very quickly,” going from a general assignment reporter at the Washington Post to a senior political correspondent with her own show.

The University of Rhode Island’s annual Amanpour Lecture, which will be held virtually again this year on Nov. 10 at 5 p.m., will feature Phillip as the guest speaker.

The event will cover why people have a hard time believing the press in the current political reality, and how honesty and authenticity must play into this.

According to CNN, Phillip joined the network in 2017 to cover the Trump Administration and continued to work as a White House correspondent until 2019. She now hosts “Inside Politics Sunday,” where she discusses important political stories each week with a group of analysts and interviews with experts.

Before she began working at CNN, Phillip worked as a general assignment reporter for the Washington Post.

Kothari is not only enthusiastic about Phillip’s lecture, but also the prospects of the lecture series available at URI.

“We are lucky to have the funding from Christiane Amanpour,” Kothari said. “Not many universities have this. It’s a unique opportunity, as well as the Taricani Lecture in the spring. These are two really big events that bring people together and spark ideas.”

She said that the topics of Phillip’s lecture are relevant not only to the University but also the country at large. Since Donald Trump’s presidential campaign in 2016, more people are doubting the media, especially because of the untrustworthy portrayal of the media by Trump and other politicians during the 2020 presidential election.

Honesty and authenticity in the media surrounding politics are “so important,” especially when trust in the free press is so fragile, according to Kothari.

Kothari and John Pantalone, the chair of the journalism department, both encourage students to attend the lecture whether they are in the Harrington School or doing any other major.

“Any time students, especially journalism majors and political science majors, have a chance to hear directly from a journalist at a major outlet like CNN, they should definitely take advantage of that,” Pantalone said. “I am sure Abby Phillip will have keen insights for them about reporting on politics and covering important stories about government.”

The lecture is free and will be shared via live stream. For students who can not attend at the time, the lecture will be saved on URI’s Youtube page.