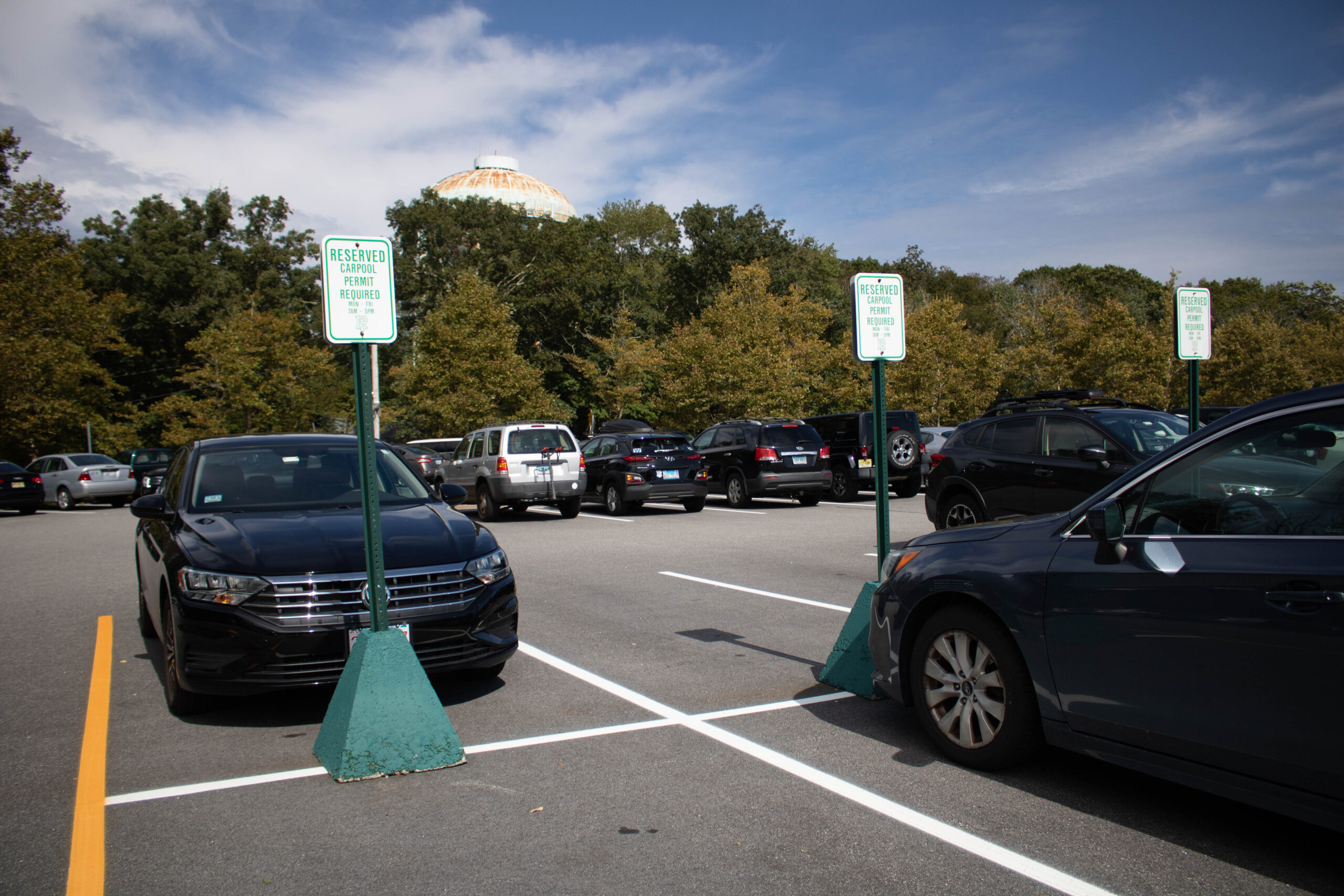 Getting to class on time remains a challenge for students as parking lots fill early. PHOTO CREDIT: Melissa Marchese

As students commuting to campus adjust to their daily schedules, parking continues to be a challenge for some at the University of Rhode Island.

“I commute from Point Judith every day, and I leave one hour 15 minutes every day and it takes 45 minutes to even get a spot,” Grace Kiernan, a junior and the Student Senate external affairs committee chair, said.

According to Kiernan, in previous years there were not as many issues with parking outside of irregular issues that arose, such as construction on Upper College Road.

She said that while there are always complaints about parking on campus, she has never seen this many complaints this early into the year.

Michael Jagoda, the director of public safety and chief of the URI Police Department, said a lot of the issues stem from students looking for “prime parking” in places such as the Fine Arts Center Lot, instead of looking for parking in other lots like the Plains Road Lot.

Some students, such as sophomore Dilara Cetiner, have struggled with leaving an hour early to make it to class in time.

“You have to wake up for your classes so we can park all the way down in Plains Lot, and walk all the way up [to the Fine Arts Center],” she said.

Jagoda, however, believes parking has taken a turn for the better in the past weeks, with less traffic as students’ classes and schedules are set in stone.

He pointed out that students can utilize the campus shuttles, such as the Blue Line, the Hill Climber and Rhody Ram Line, to get to classes faster without walking. He recommends that students use the Rhody Connect app to check the schedule and status of the bus lines.

Kiernan said that even with the bus lines, there are still issues that students face.

Devon Mellon, a sophomore, also has struggled getting to some of his classes due to his parking challenges. Because most of his classes are in or around the Fine Arts Center, Mellon said that he has to leave much earlier for classes after parking in the Plains Road Lot.

He also expressed frustration with Parking Services due to a ticket he received for $50 for parking in the wrong lot, which he was able to get down to $10.

Some students like Tyler Frails, a fifth-year student, wish that more of the faculty staff parking lot was available to students.

“Half the time that lot is empty,” he said, pointing out that there are only a limited number of spots in the fine arts lot, while the faculty lot is blocked off for students.

Jagoda also encouraged students to buy carpool parking passes that allow students to park in designated carpool stations. Currently, not many students use these spots, according to Jagoda.

He said that there are many benefits for students who buy these passes, such as decreasing emissions, the cheaper cost for the pass and decreased gas expenses.

Jagoda recommended students find other students with similar schedules, so they can carpool together. Currently, 24 spots are available in the Fine Arts Center for carpools. Jagoda did not specify how many carpool passes students own currently, but many students, including Cetiner, were not aware they were an option.

The carpool permits cost $300 altogether, and are split between the members of the pool. Each pass must be split between at least three students; however, many students did not see themselves being able to find people who fit the same schedule of classes as them.

To combat this problem, the permit includes three day-long parking passes in the case of scheduling conflicts among the designated carpool.

Kiernan said that she would like to find ways to spread information about these spots and parking in general to students. While Parking Services has sent emails to students on things such as traffic delays, she would want to go even further.

“I’ve talked with the Campus [Affairs] Chair [on Senate], and we want to roll out more about campus promotion such as when there’s going to be construction,” Kiernan said.

While this would be a massive overhaul it would be worth it to help students know where parking is on campus, she said.