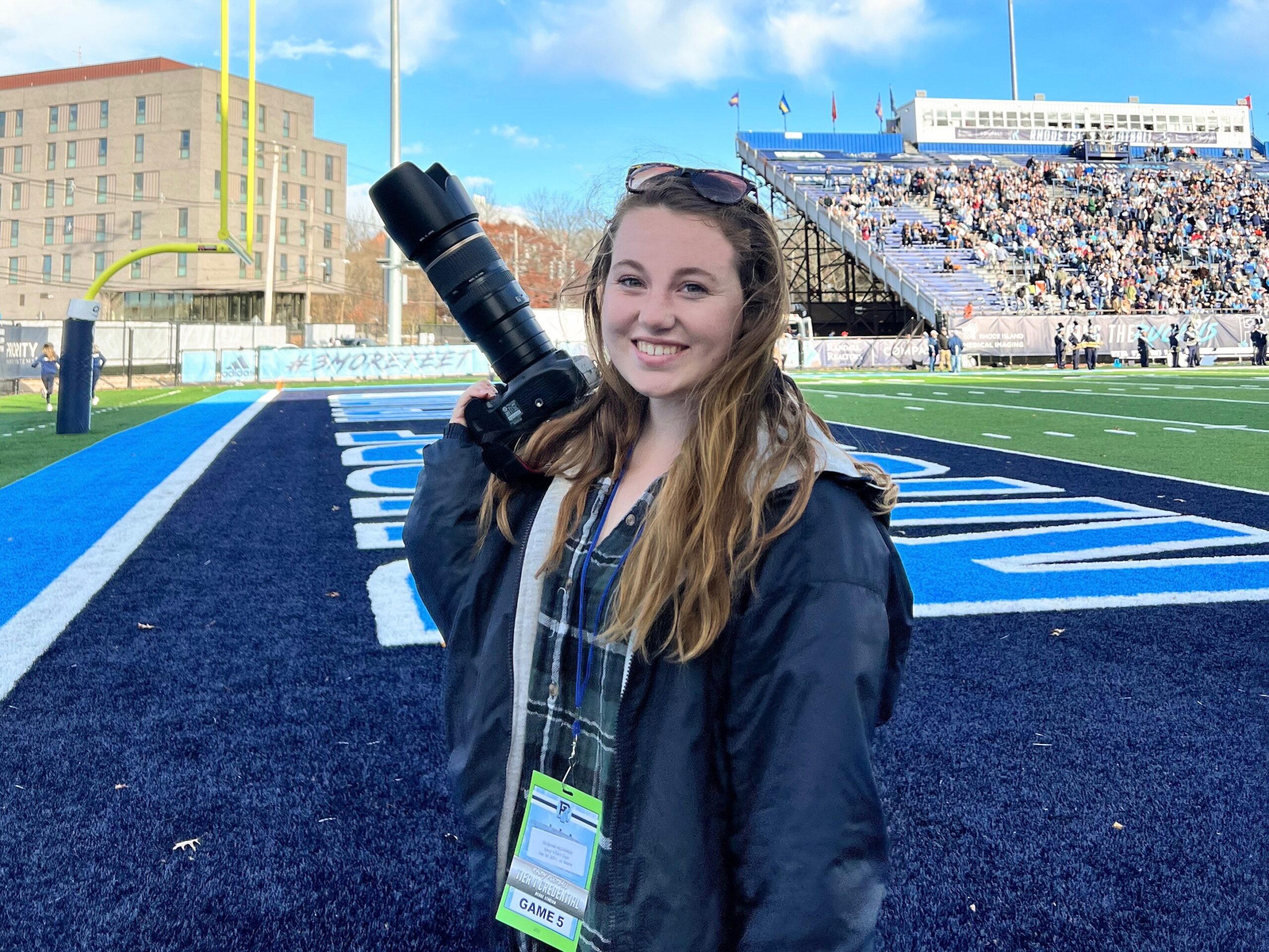 If you had told me four years ago that I would be writing a goodbye letter to my college newspaper, I would have called you crazy. Looking back, I understand where she was coming from, but boy am I glad she changed her mind.

Coming to URI, I had decided I wanted a fresh start. I had just spent the past four years of high school with their tiny paper, where I served as co-Editor in Chief. I was never particularly fond of journalism; I hated transcribing interviews and was constantly missing deadlines.

However, late into my first semester of freshman year, I ended up at a networking event with Ian Weiner. He was the Cigar’s EIC at the time, and somehow he convinced me to come work for the paper.

My first position was on his editorial board, where I served as the director of public relations from December 2018 to May 2020. I worked on the newscast in its first semester ever as the Lead Camera Operator, and have stayed involved as both a staff and contributing photographer.

In this time, I have grown so much. Through the Cigar, I found my passion for sports photography and was given the opportunity to cover so many different events. Professionally, the Cigar has opened so many doors for me, including helping me land a photographer position for the Worcester Red Sox.

After spending four years with the Cigar, I still have never once taken a story. In fact, this goodbye column will be the only written work I have ever published for the paper.

But the Cigar is so much more than just a newspaper. Countless Monday night meetings, the productions that last until 2:30 a.m., the Cigarillos and so much more have brought me some of the best college memories.

Wednesday production itself deserves its own thank you for all the shenanigans we got into. I’ll never forget making Andy do clap push-ups on the dirty office floor, the inspirational notes Ian made us write to each other at an editorial meeting or Theresa (poorly) teaching everyone how to dance when we should have been editing.

It wasn’t all fun and games, and I have cried in the office more times than I would like to admit. But even on the bad days, I was always supported and accepted at the Cigar.

I have many people to thank for making my time with the Cigar unforgettable, but I’m going to start with the most important ones. To Theresa Brown and Evan McAlice, for spending your Wednesday nights and early Thursday mornings writing tweets with me and becoming some of my best friends. To Ian Weiner, Kayla Michaud, Andy Main and the entire editorial team for welcoming me into your circle. To Melissa Marchese, Mary Lind, Nicole Wagner, Greg Clark and the crew from Hillside 5A, for sticking with the Cigar alongside me. Finally to Jason Phillips for running an incredible paper, and letting me submit this after the deadline.

While I don’t currently have any plans on joining a newspaper after graduation, I’m not going to say never. The Cigar has shown me that journalism will always be a part of my identity, whether I like it or not, and I am so grateful to have spent the last four years here.