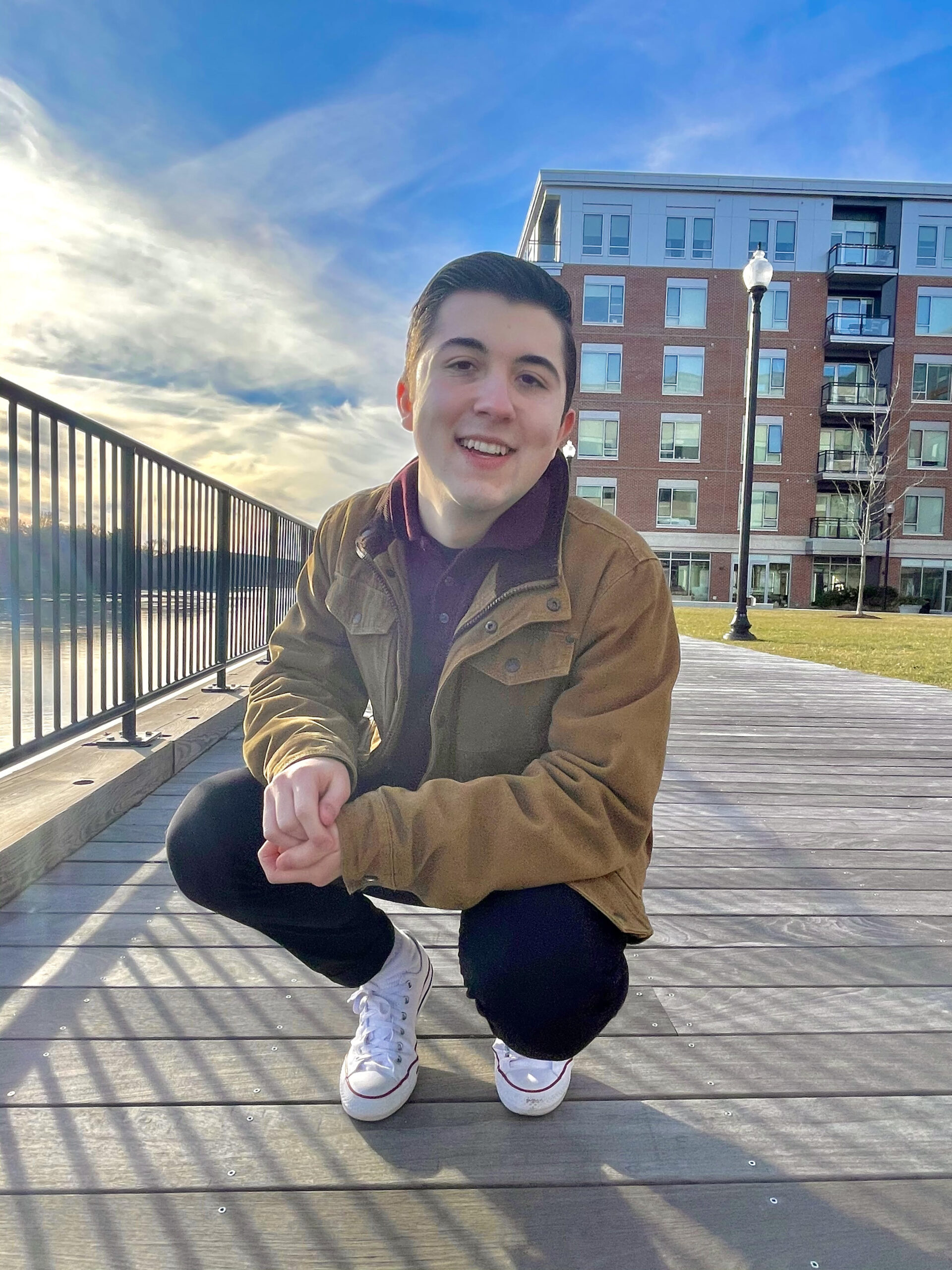 Both on and off stage, Michal Galvin has brought enthusiasm to his time at URI and on his Rhode to Success. Photo contributed by: Michael Galvin

Galvin is currently majoring in theatre with a concentration in management with a minor in public relations. He has had a range of involvement at URI, including being a tour guide.

His current positions in the theatre department include being the social media coordinator and a box office coordinator. He has been involved with the University’s theatre productions since the fall 2021 semester.

This semester, Galvin chose to take on the position of student production manager for the theatre department’s current production, “The Rocky Horror Picture Show.” He also worked on URI’s production of “Clue” as an assistant stage manager in December of 2021.

Galvin said that he came into the University with a passion for social media and the global theatre community. In 2018, he noticed a lack of broadway content on Instagram and started an account, @broadway.media. He has grown this account to over 27 thousand followers since then. The account features news, video clips, and photos, regarding the Broadway theatre community. New media is posted daily on the account.

“I’m using both my skills in theatre and public relations to bring a broader and inclusive social media presence for the URI community at large,” Galvin said.

He has also worked alongside different broadway-affiliated brands. These brands have given him the ability to make connections with former members of Broadway shows.

His ideal post-undergraduate plan is to work as a manager or social media director for a theatre company. His positions in the theatre department have helped him utilize and improve the skills necessary for this profession.

Next academic year, he plans to be the student chair of the social media department as well as the box office manager.

“I’ve been grateful to the URI community and theatre department,” Galvin said.

Galvin’s confidence in URI’s theatre department can be substantiated through the success of Tony Award winner, Andrew Burnap. Burnap is a URI graduate from 2013 and won a Tony Award for Best Actor in a Play in 2021.

“She has been a big champion for myself and the other management students in the theatre department,” Galvin said. “So, we’re very grateful for her as well as everyone else in the department.”

“Wherever he lands, he will succeed,” McGlasson said. “He’s extremely organized, stays on task, demonstrates advanced planning skills and is a creative graphic designer.”

McGlasson predicts Galvin to exercise public relation skills while owning his own marketing or publicity agency, or promoting a theatre organization.

Galvin hopes to continue having a social media presence similar to what he has with his Instagram account and to continue to grow in his public relations and theatre management skills.

“I am able to cross-contaminate those learning styles onto two platforms,” Galvin said. “It’s helped me gain a broad perspective of  how much work goes into connecting and growing an audience all across the globe through social media.”

A conversation with Karen Topakian