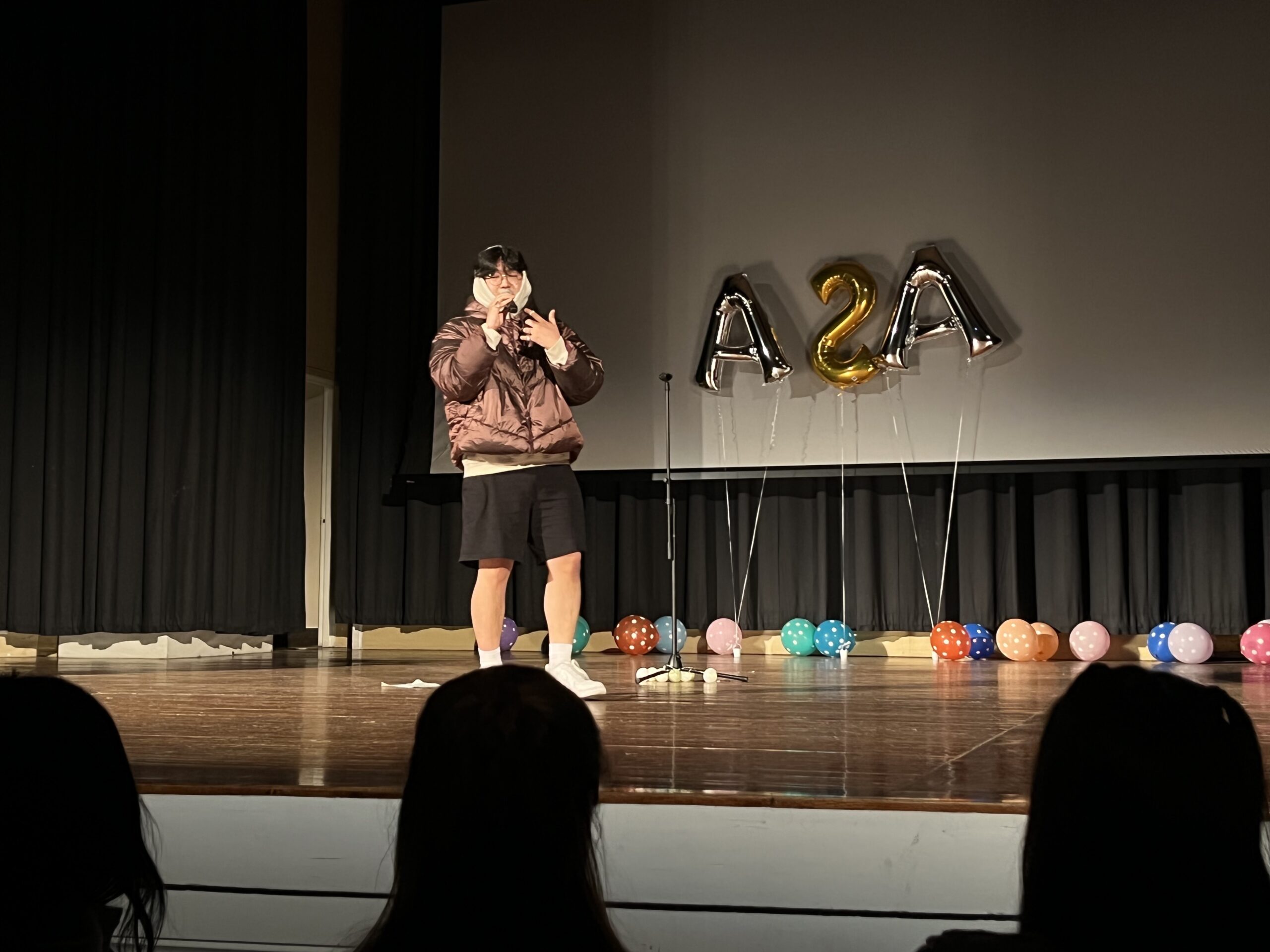 The University of Rhode Island’s Asian Student Association (ASA) held its 28th Culture Show for the first time since the start of the COVID-19 pandemic.

This event was a first for almost all of its members as the club is made up of freshmen, sophomores and juniors whose time at URI has been greatly impacted by COVID-19.

“It was really hard because of readapting after covid and everything, aside from one member all of us are new members, so the prep work was kind of difficult but in the end, we got it all together,” Chen said.

Rhody Rhapsodies opened the night with a refreshing rendition of Billie Eilish’s song, “my future.” TBA followed with a performance showing the evolution of K-Pop girl group dances. Their infectious energy and song choice had the audience singing and dancing along.

Musically Inclined followed TBA with a mix of viral songs and 80’s hits. Next up was URI Dance Club who performed a tap dance choreographed by one of their members. The short performance was fun and had the audience asking for more.

PGA closed out the URI student portion of the performances with a mash-up of K-Pop dance covers. Performing hits from Blackpink to BTS, their hard work was evident and they had the audience cheering and dancing along.

Alfred Su, a member of PGA, said that the group made extensive preparations leading up to the event.

“We have prepared for over 6 months practicing K-Pop dances,” Su said. “I think for all of us it’s our first time performing so it’s kind of something big for us. We’re excited to do this overall.”

Before Hojean’s anticipated performance, the hosts of the event held a raffle. Tickets for the raffle were $5 and the two winners walked away with ASA sweatshirts.

Hojean is an artist from Georgia, who started out recording music in his bedroom. Despite being homemade, the R&B singer had over 20 million streams on Spotify in 2021 and has over 700,000 monthly listeners on the music streaming platform.

On headlining the event, Hojean said URI welcomed him with open arms which influenced his choice to perform in Kingston.

“I came to URI because I love the feeling of performing and I just think that being invited to headline for a culture night is such an honor,” Hojean said.

After some small technical difficulties, Hojean’s performance kicked off as fans in the audience sang along. Holding up phone lights, everyone swayed along to Hojean’s smooth singing as he performed “Let Me” and “Memory.” Hojean’s songs are notably about love; although, he shared with the audience that his song “Pick Up Your Phone,” was actually inspired by the blockbuster movie Men in Black.

Hojean closed out his performance with his hits, “Over 85” and “You Feel Like.” His versatile vocals were crisp and unwavering, singing riffs and showing his impressive range.

Afterward there was a question and answer portion of the night. People asked questions ranging from how the singer got his start, to what video games he plays and when his new EP will be released (he doesn’t know yet, but it’s in the works).

Two fans took the opportunity to give him gifts they brought. One attendee gave him a lip balm in reference to an inside joke he shares with fans. Loreta Andoni gave him a frog ring she made, in honor of a frog tattoo the artist has.

“I am a big fan,” she said.  I’ve been following his music for a year now, and seeing him perform live was great.” She added, “you can feel he puts emotions into his songs.”

According to Hojean, after performing at URI, he had many hopes for what the audience took away from his performance.

“I really hope the people that came got to learn who I am,” he said. “I love the idea that those who already are fans can get to know me better by being person to person, but I also love the idea of new faces feeling my energy and loving the music!”

For Chen, the event meant a lot. She thanked the attendees for coming to the show, saying that it was “a lot of effort” to put on.