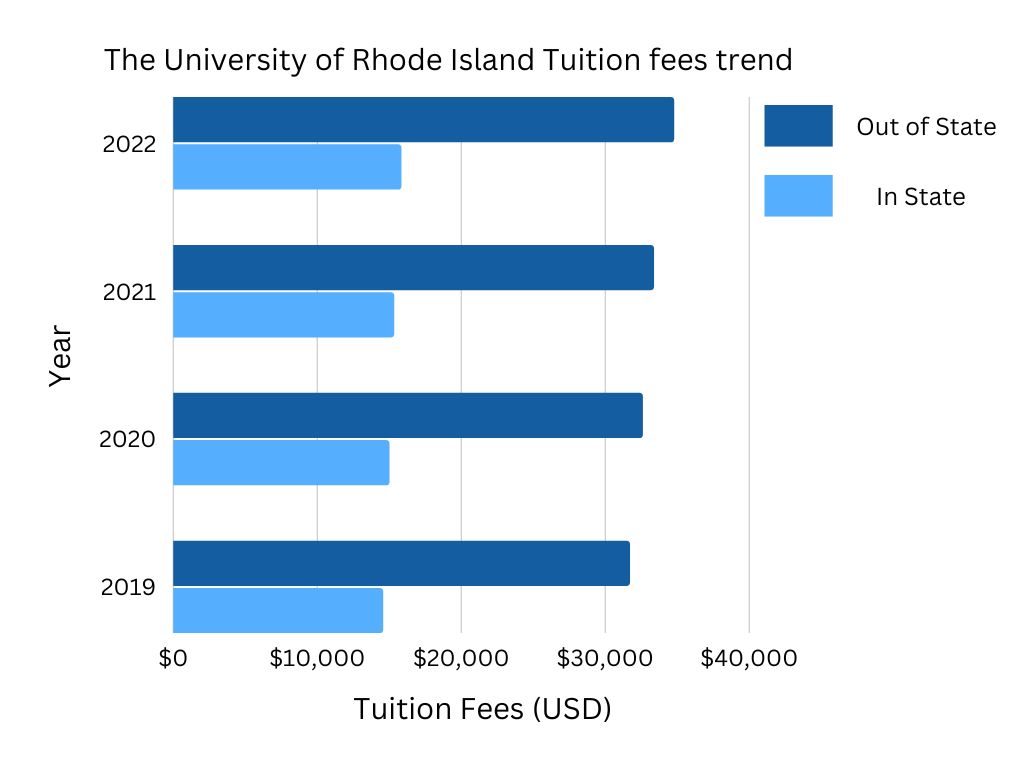 The University of Rhode Island’s Board of Trustees recently announced their decision to increase tuition for both in-state and out-of-state students during the 2023-24 school year.

In an email from President Marc Parlange on Oct. 4, the University announced that tuition would be increasing by 3.3% for in-state students and 4.2% for out-of-state students starting next academic year.

In order to provide additional support for students, the Board of Trustees also announced that financial aid support would total $140 million, which, according to the Board, is a record high for the University.

Dean Libutti, associate vice president for Enrollment and Student Success, said that the University decided to increase tuition due to the current period of “unprecedented inflation” that the country and the state are facing.

“URI takes our tuition fee rates seriously,” Libutti said. “We’re actually proud that we have some of the lowest in-state and out-of-state tuitions compared to our New England flagship peers. But we do recognize during this time that an increase is needed for the University.”

According to him, the University needs to submit its budget first to the Board of Trustees for approval and then to the state of Rhode Island for final approval by early fall of each year, but the planning starts “many months” before then.

Libutti said that tuition is increasing more for out-of-state students compared to in-state students because students that are Rhode Island residents receive more financial support from the state.

Libutti said that he hopes tuition will not increase any further after next year; however, it is dependent on multiple variables, including the amount of funding that the University gets from the state and the state of the economy.

“There are many sources to make higher education affordable, and we are working hard with the state to provide greater support for the University than we’ve received,” Libutti said. “Our goal is to make URI affordable and attainable for all of our students, and we know that tuition and fees are an important part.”

However, Libutti said that tuition increases are the “reality of running a university to provide excellence in research, student scholarship and more.”

The extra money that is being collected by the increase in tuition will go towards paying already existing costs that are rising for the University, such as utilities, debt services and insurance, according to Libutti.

Gracyn Kane, a first-year civil engineering major with a minor in sustainability, said that she wasn’t aware of the increase in tuition going into next year and that she “isn’t loving” that it’s increasing.

“I already have to pay an extra $600 a semester for being an engineering major, and this will definitely affect me going into school next year, but not enough to stop me from going from school,” Kane said.