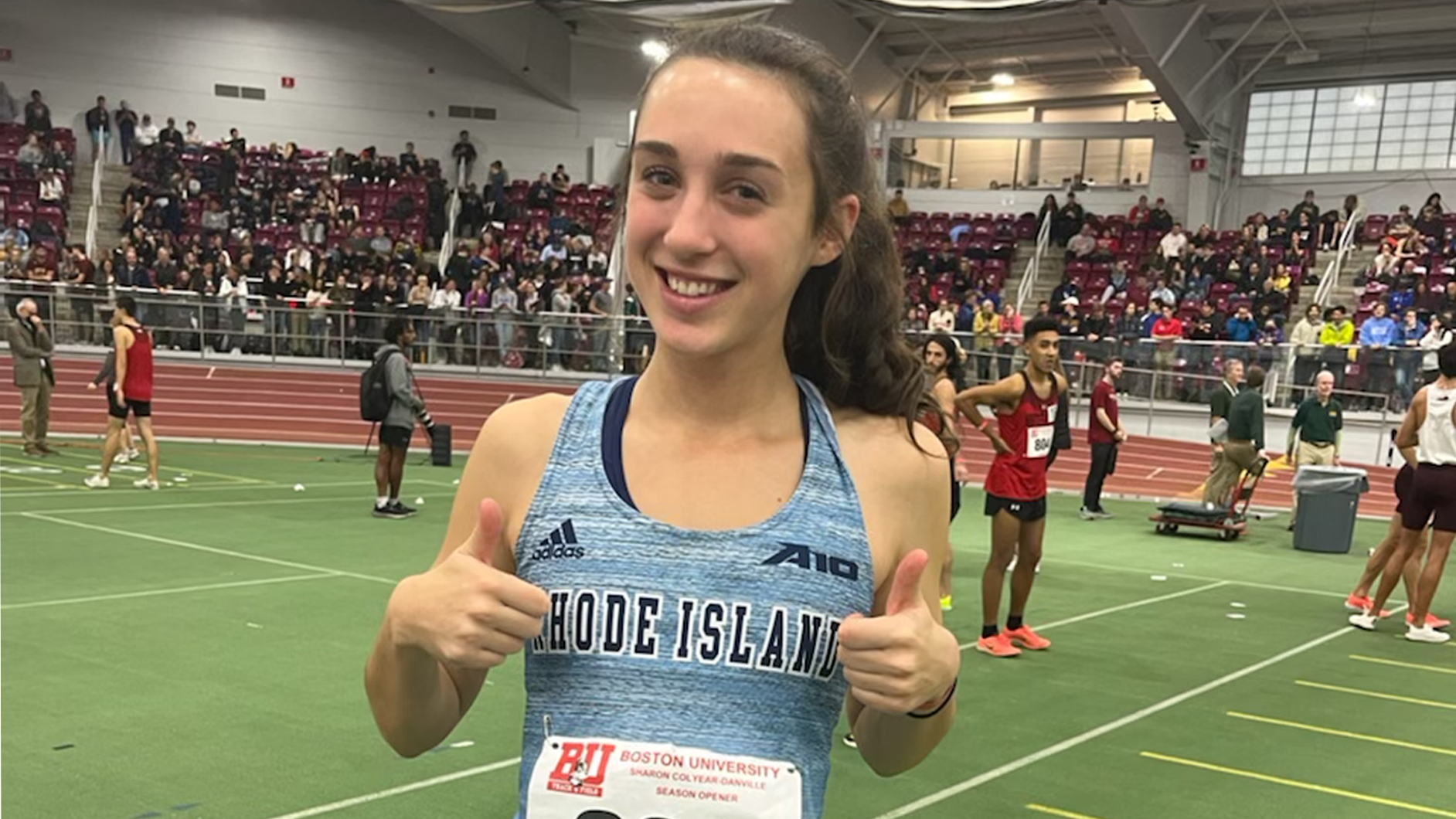 Lily Saul was a part of a team that earned three first-place finishes. PHOTO CREDIT: gorhody.com

Records were broken and personal bests were achieved this weekend when the Rhode Island women’s track and field team sent runners to Boston University and field participants to Brown University.

Field participants traveled to the Brown Alden Invitational along with the men’s track and field team. Here, the Rams saw tremendous performances in the shot put from third-year throwers Megan Wood (13.3m) and Bella Sposato (12.05), who finished 2nd and 6th, respectively. Both scores were personal bests.

Wood’s score in the shotput and her fourth-place finish in the weight throw (15.28m) was good enough to earn Atlantic 10 co-performer of the week honors and give Rhody something to look forward to during the season.

While the field performers showed out in Providence, the track team went to Boston University to compete in the Sharon Colyear Danville Season Opener. The team was able to build on their field teammates’ momentum, with multiple runners achieving personal bests.

First-year runner Lily Saul was the standout from the weekend, breaking the legendary Lotte Black’s record in the 600 meters (1:33.55) in just her first time running the race. Saul was even taken aback by her performance, unsure of her potential in the event, having never done it before.

And fast she was. Head Coach Laurie Feit-Melnick was astounded by the debut of her first-year runner, claiming the record she broke belonged to an all-time athlete at URI.

“In my opinion, Lotte is one of the best athletes to ever come out of this school,” Feit-Melnick said. “She qualified for six NCAA championships. The fact that Lily broke her record in her first 600 meters is really exciting.”

Saul was really pleased with the team’s start to the season despite such a standout performance.

“Our whole team did really well,” Saul said. “A lot of people got personal bests. I am just happy that we started so well.”

Feit-Melnick shared the same sentiment, expressing pride in the multiple standout performances from her team.

“Everyone did great this weekend,” Feit-Melnick said. “I am proud of how we have started the season, and I think we can do some special things if we just stay focused and stay healthy.”

The Rams will head back home for the URI Pentathlon over the weekend before competing in their first team meet at the UMass-Lowell “Beacon” Invitational in Boston.