Starting in the fall of 2020, the University of Rhode Island will give students Election Day off during even numbered years to encourage civic engagement.

Originally, Faculty Senate, the group that votes on the academic calendar, had to rework the calendar to have classes on Veteran’s Day to compensate for having Election Day off during the fall semester. Instead, the number of days during finals will be changed to six instead of seven to make up for the lost day in the calendar, while continuing to have Veteran’s Day off.

Samantha Meenach, a professor and chair of the Academic Calendar Sub Committee within Faculty Senate said that this wasn’t a logistical decision to give students Election Day off. Meenach understands that students could just take advantage of absentee ballots to exercise their voting rights. Instead, she said this was a commitment from the University to promote civic responsibility and democracy.

To get this approved, some rules that put constraints on the movement were suspended. According to the University Manual, changes to the calendar should not be considered within 18 months prior to the date it would go into effect. The Faculty Senate would had to have changed the academic calendar by February of 2019 to go into effect in the fall of 2020. However, the decision to have Election Day off was made in March.

Provost Donald DeHayes, who is essentially the chief academic officer, said that it was in the schools best interest to suspend the rules in order to have this day off.

“I really hope it becomes a day of responsibility for the campus community, faculty, staff and students [by] voting, urging [others] to vote, and discussing politics for the day,” said DeHayes.

Ed Tarnowski, president of the College Republicans, said that giving the students the ability to vote by taking away the obstruction of having classes on election day is extremely important. Tarnowski also said that students who will take advantage of absentee ballots should still be engaged in any way possible.

Allison Lantagne and Jay Rumas, both students acting as members of the URI ACLU, worked with Faculty Senate to get Election Day off. They also worked with other organizations on campus, such as the Student Veterans Organization (SVO), College Democrats, College Republicans, Student Senate and Bridge USA.

Lantagne says that getting this upcoming election off is not meant to promote one candidate or another.

“This is about the University respecting that in its mission statement, it strives to create civically engaged students,” said Lantagne. “And I felt like that promise was not being kept if we were in a situation where classes are taking place on Election Day.”

Jay Rumas, the vice president of the College Democrats and president of URI ACLU stressed that getting Election Day off was a bipartisan effort.

“We’re trying to get more young people to vote, we want everyone to vote,” said Rumas. “Ultimately, we all have some similar interests and we want to be able to express those at the ballot box.”

DeHayes said that there will be registration booths around campus leading up to Election Day and places where people can watch the polls come in to get students politically engaged.

“I hope [students] are actively engaged in the political process [on Election Day], whatever that means for them,” said DeHayes. “It’s about how we get students that won’t be encumbered by classes that day to get out there and promote among other students to vote.” 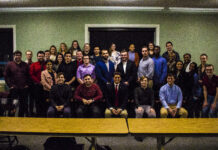 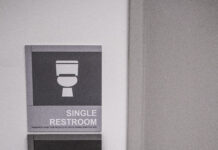