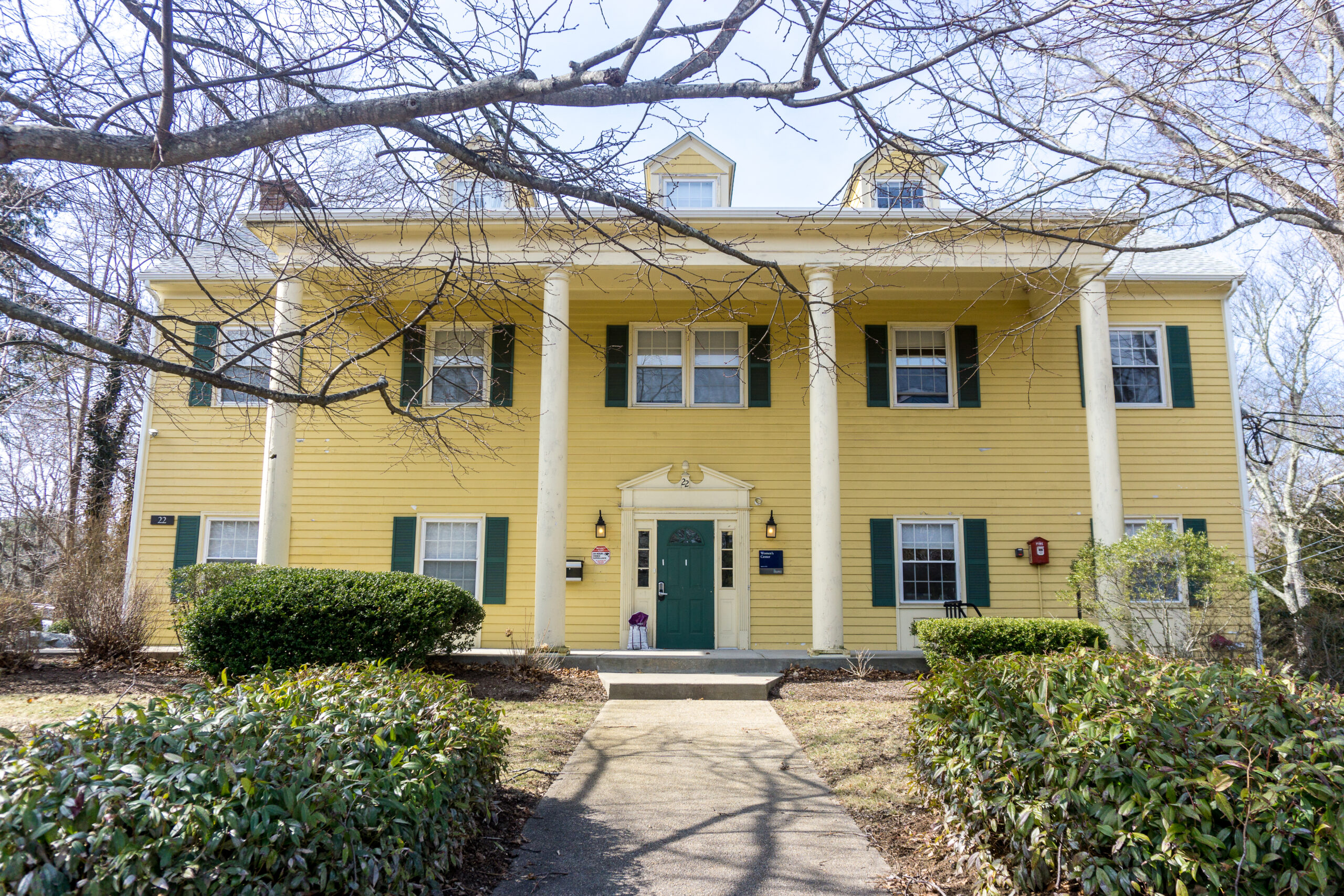 URI’s Women’s Center to close in fall 2020 due to a combination of funding issues and a lack of residents.Photo by Autumn Walter.

Due to decline in residents and funding, The University of Rhode Island’s residential Women’s Center will close next semester, although its services will be moved elsewhere.

On Wednesday, Feb. 26, representatives from the University’s department of housing and residential life (HRL) met with the Women’s Center residents to announce that the University will permanently close the Center. HRL argued that the number of residents in the Center were declining, resulting in less need for women’s housing. Today, only 14 students live there, although the building is intended to house 35 students.

The low number of residents has resulted in the Center not making enough money to be fully operational. The Center had to dip into their savings account in order to meet basic needs.

“It’s just no longer feasible for us to maintain [the Center] in that location,” Frankie Minor, director of HRL said. “Part of that is that facility has been operating at less than 50 percent capacity for a couple of years. So, in essence, it’s not been using the money that’s been entrusted to us, either by the students or by the state of Rhode Island. [The Women’s Center] has been losing money, so we have to find a way to use that property more efficiently so it at least covers its operating costs, but still tries to meet the needs of our students.”

Minor said that HRL would like to renovate the building, located on Upper College Road, so it could potentially house students who are in the Honors program, the Talent Development program, engineering students or other programs at the University. Minor explained that these housing options may be in higher demand.

“The Women’s Center took me when the dorms couldn’t,” Gray said. “This place basically saved my life, as the shelter I was in was a terrible environment. [The Women’s Center] gave me so many resources to get my life back and to train me to be independent for the first time.”

Although HRL plans to offer alternatives for students living in the Women’s Center, according to Minor, Gray said that living in the Women’s Center is cheaper than living in other dorms, so moving elsewhere may not be financially feasible for some of the center’s residents. Additionally, other residents may not feel comfortable or safe living in a traditional dorm. Many Women’s Center residents chose to live there due to its sense of community, commitment to safety and quietness compared to other dorms, but others feel that they would not be comfortable living anywhere but the Center.

“Originally, the mission was to create a safe space for female-identified individuals who may not feel safe in a [co-ed] dorm,” Gray said. “[HRL] is trying to move the girls to dorms and apartments but some of them are petrified of men. And [HRL doesn’t] care. And there are a couple of girls here who are on the autism spectrum who cannot be in a dorm. As a community, we’re supposed to support each other, but housing doesn’t want that.”

Although no plans have been set, Minor said that HRL is considering placing these students in Gateway Apartments. However, he also said that many of the students currently living in the Women’s Center are graduating or moving off-campus next semester. Because of this, HRL plans to work one-on-one with other students from the Center who still want to live on campus or in a female housing option. He does not believe that the Center’s closing mitigates the University’s commitment to women’s issues.

“We understand why some students [in the Women’s Center] are concerned,” Minor said. “What we’re trying to do is help them understand that this has nothing to do with anything other than economic factors. We need to come up with a new model, but we care about those students and we care about their needs.”

Gray said that the Women’s Center, built in the 1930s as a fraternity house, has been neglected over the past year. She said that the building has incorrectly wired piping, a washing machine that floods the floor and a dryer that Gray claimed once almost exploded. The building’s columns and panels are also peeling after years of neglect, and the elevator that would make the building Americans with Disabilities Act accessible does not work.

In addition to housing students, the Women’s Center has also run programs such as  Peers Learning Educating and Supporting Everyone (P.L.E.A.S.E.), a program dedicated to ending sexual violence. The program is now defunct and an alternative titled the Office of Violence Prevention and Advocacy Services (V.P.A.S.) is currently located in the Department of Health Services. The Women’s Center has previously helped organize marches and protests for feminist issues such as abortion rights and equal pay. They also held feminist book clubs and other events.

According to Vice President of Student Affairs Kathy Collins, the University will continue the Center’s services with a new variation of the Center. Although Collins is unsure if a new women’s center would have a physical location, she plans to hold listening sessions for community members about what they would like a future Center to look like. Collins also added that the Women’s Center has held less events and keynote speakers than they have in the past.

“We are one of the few universities in the country, the only one I can think of, where the Women’s Center is also housing,” Collins said. “I think the rumor has gotten out that the Women’s Center is closing. The University is very dedicated to expanding women’s programming and educational opportunities. That continues.”

Collins also wants future services to be inclusive of men as well as women. She said that one reason V.P.A.S. is located in Health Services because it is more accessible for all genders.

The Center currently does not have a director, as its former director Penny Rosenthal left unexpectedly last November. As a result, the Center’s two student house managers, who fulfill roles similar to residential advisors (RAs), have had to manage the Women’s Center while juggling school work and other commitments. Meaghan Szilagyi, one of the Women’s Center’s student house managers, said that HRL has tried to help her and the other house manager maintain the building and help its residents.

“There’s a lot of maintenance that needs to be done, and I believe HRL is planning on addressing it,” Szilagyi said. “It’s frustrating that they’re waiting until they give that space to another group. And I don’t think it would be in the best of the students that live at the center to be moved.”

Although Szilagyi will graduate this spring, she wonders if the University saw the potential the Center had.

“The Women’s Center could grow beyond [the University’s] dreams,” Szilagyi said. “I really wish that we could have the chance to see what that would look like. I know that sometimes higher education administration has to make hard decisions, but I don’t think this is a decision that shouldn’t be made lightly.”

Another student living in the Women’s Center, who wishes to remain anonymous, said that many of the Center’s residents were visibly upset during HRL’s meeting with them. They also explained that the decision was announced suddenly.

“They said it was a final decision,” the student said about the Center’s closing. “But before this there was zero communication, nothing after Penny [Rosenthal] left. Not even the [Resident Advisors] RAs knew [we were closing].”