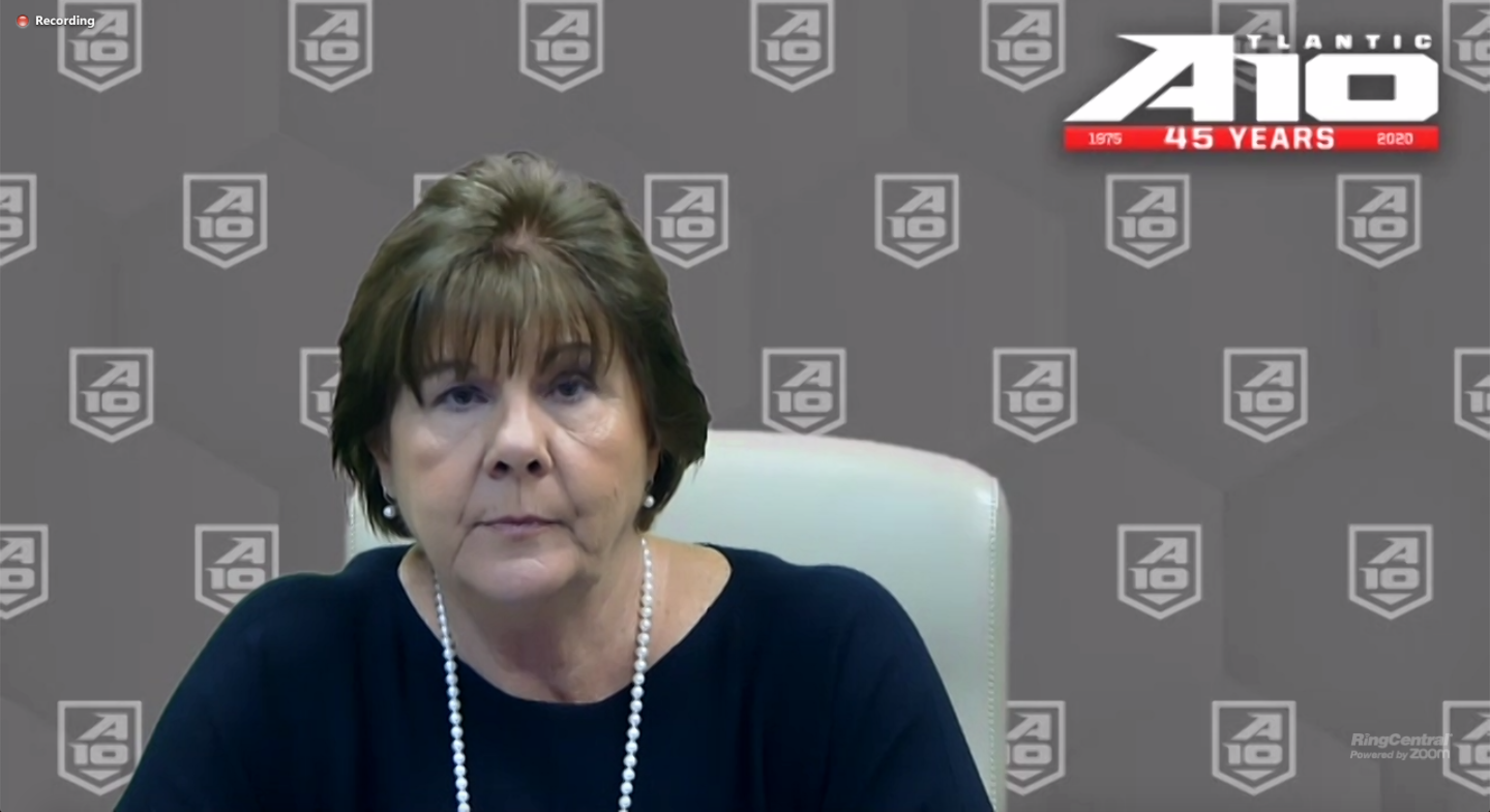 Media Week for the A-10 brought a host of announcements involving the University of Rhode Island Men’s Basketball team, with the conference finally detailing how the season would play out along with preseason accolades.

The conference announced the league schedule on Wednesday morning, with each team playing 18 conference games. A team will play five opponents twice (home and away), while the remaining eight teams on the schedule will only be played against once in the regular season.

A-10 Commissioner Bernadette McGlade said in a press conference on Wednesday that the league looked at as much as 14 scheduling scenarios, ranging from games being played on back-to-back days or increasing the amount of games played. McGlade said a bubble environment was never seriously considered given the cost of what it would look like.

McGlade did say the league office holds the right to add more conference games to the schedule if non-conference games get cancelled. There are two game windows where additional or rescheduled conference games can take place, with one coming the last week of the regular season in March.

The league has not held competition in any sport since the 2020 A-10 Men’s Basketball Championship cancellation last March. Rhode Island had yet to play, as they were scheduled to tip off on the Friday of the tournament. McGlade opened up the press conference detailing the experience.

“It’s been about seven and a half months since that day in March when I could feel my stomach and the inside of me just cringing,” she said. “It was a gut-wrenching decision to have to basically halt our championship that was underway at Barclays. It was so disappointing for the students and the coaches and everyone involved.”

On the accolade side of Media Week, Fatts Russell was named on the A-10 Preseason All-Conference First-Team for the first time in his career. Last season he made the preseason third-team, but finished the year on the All-Conference First Team after establishing himself as a consistent two-way player.

The senior was surprisingly left off the Preseason A-10 All-Defensive Team though after making the five-man group last year and finishing second in the country in steals per game with 2.87. George Mason’s A.J. Wilson, who last season earned himself the league’s Most Improved Player of the Year award, found himself on the team after not making it last season.

As a team, Rhody placed sixth in the preseason poll that was voted on by head coaches and media members in the league. After finishing third in last year’s regular season, the Rams are projected to take a slight step back following the graduations of Jeff Dowtin and Cyril Langevine. Head Coach David Cox is scheduled to speak with the media on Thursday alongside Russell and starting guard Jeremy Sheppard.

The Richmond Spiders were picked to finish first in the conference, as they return all five starters from a squad that went 24-7 last year. Saint Louis University, who beat the Rams in Kingston near the end of the regular season last year, are projected to finish second. The Dayton Flyers, a squad that went undefeated in conference play a year ago, were picked to finish third following Obi Toppen’s departure to the NBA. Saint Bonaventure’s and Duquesne round out the top five.

In regards to fans for the upcoming season, McGlade said that it is down to respective universities to make the call. While some schools are going to have up to 15% capacity, other schools will not have any fans. URI will not be letting fans into the arena for the beginning of the season, and the school has not announced if the policy will last the entire year. McGlade said she anticipates fan attendance policies changing throughout the season as COVID-19 cases continue to vary in respective communities and states.

When asked if a certain number of players testing positive would result in the cancellation of a game, the commissioner said there is no league-wide policy. With basketball rosters usually consisting of 12 or 13 players, McGlade said the chances of a team-wide outbreak are increased as opposed to a sport like football when the rosters are just simply bigger.

“The chances of it being a one-off are really not that good,” she said. “It’s likely gonna be all or nothing.”

A school in the A-10 has already had to pause practice. Fordham University announced on Nov. 1 that they would be pausing team activities for two weeks following a person in the program testing positive.

McGlade spoke about off-the-court initiatives that the conference has devoted resources to in recent months. The conference established a social justice commission in response to the social and racial inequality conversations that happened this summer in the wake of the death of George Floyd. The A-10 is also sponsoring a mental health initiative, mainly done right now through online webinars, with the goal of student-athletes across all sports to be supported.

The 2020-21 basketball season will begin on Wednesday, Nov. 25, with teams across the country having the opportunity to play a maximum of 27 games. The 2021 A-10 Men’s Basketball Championship will be held once again at the Barclays Center in Brooklyn beginning Wednesday, March 10, with the championship game being held Sunday afternoon on March 14.