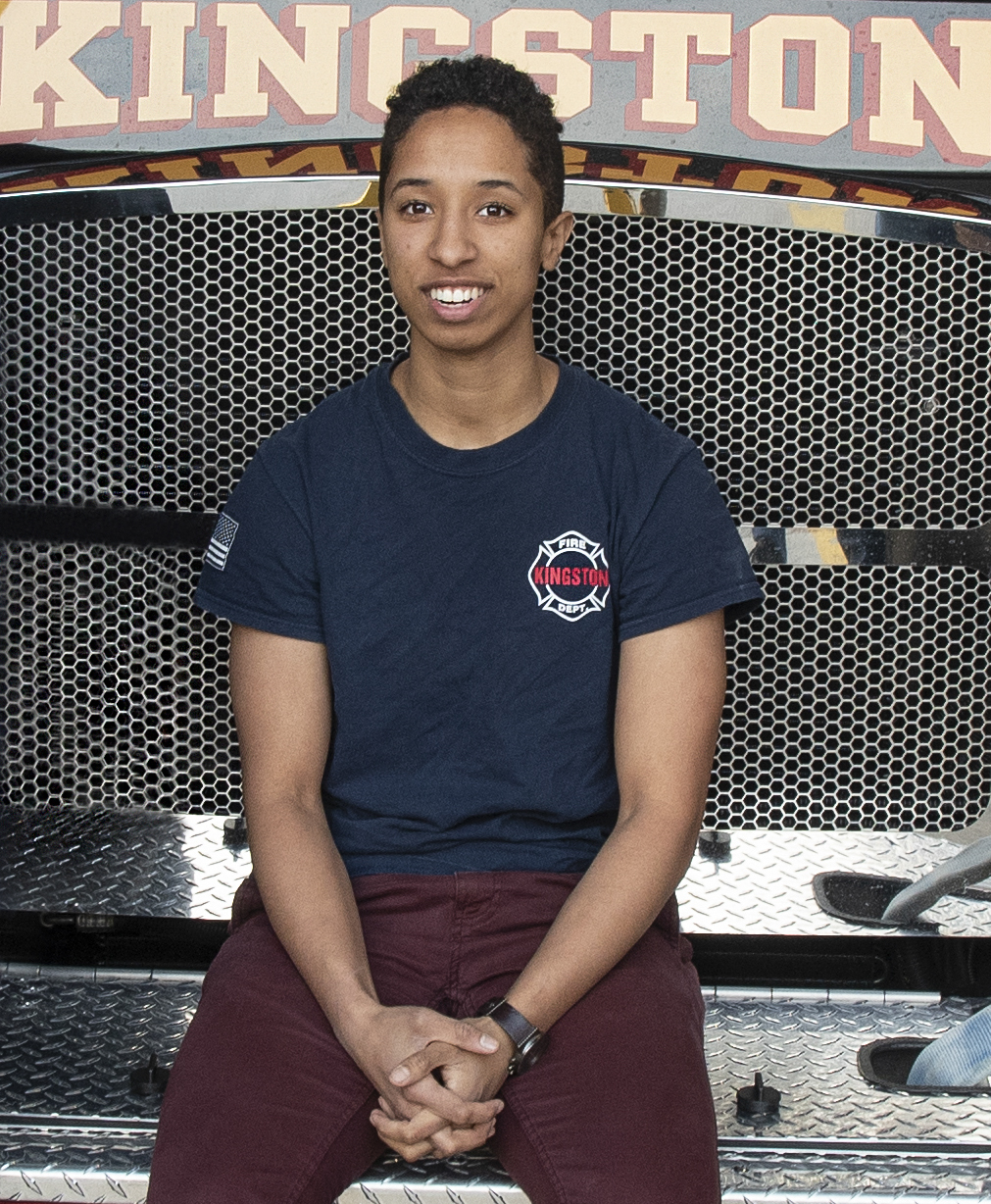 Rachel Gomes ‘20 became the first female cleared for primary duty in the history of the Kingston Fire Department this semester.

Gomes, who is originally from Milford, Connecticut, started volunteering for the fire department the summer before she started graduate school at the University of Rhode Island.

“I just felt like I needed to pick up more skills for entering the workforce and being an adult,” Gomes said. “I thought, what’s a better place than the fire department to get hands-on skills?”

Gomes said that at first, she didn’t realize how few females worked in the fire department, but that became clear quickly.

“When I toured [the fire department] I asked, ‘by the way, are there any females here?’ and I could kind of tell by [the tour guide’s] face he was like ‘no’,” she said.

The Kingston Fire Department is volunteer-driven, so anyone can volunteer. However, the process for aspiring firefighters to get to primary duty is rigorous and takes many steps.

Gomes said that the first year of volunteering is referred to as ‘probation.’ During this time, volunteers learn the basic skills of firefighting which all take place on the ground, including tagging hydrants to fill the fire engines with water, throwing ladders and operating hose lines.

To move on from the probationary phase, volunteers must pass a written and practical exam. Once they pass, they can move on to learning how to use equipment apparatuses beyond the ground basics.

According to Erik Brierley, the Kingston Fire Department’s interim deputy chief and recruitment coordinator, primary duty is the highest level of training a firefighter can achieve. It shows that they know how to operate all of the equipment and can be left in charge or alone for duty overnight. Recently, she also completed driving training, which will allow her to drive a fire engine.

Gomes is also a part of the full-time residency program at the fire department, which allows her to live at the station free of charge.

Brierley has worked with Gomes during her time at the fire department and had many good things to say about her.

“A lot of it comes down to motivation and heart,” Brierley said. “Those are two things you can’t teach. You can have someone with all the skills in the world but you can’t make them have the heart. I think that’s where a lot of Rachel’s success stems from — the heart. She works as hard as she can and she hates to fail so if you give her a challenge she’s going to rise to the occasion.”

As for Gomes, she has hopes as well for any female in a male-dominated field and advice to go along with these hopes.

“Be confident in your skills,” Gomes said. “You might have to do things a different way than some of the guys but I don’t see that as a disadvantage, it’s more of an advantage. And keep challenging yourself. That’s how you can make the most progress.”