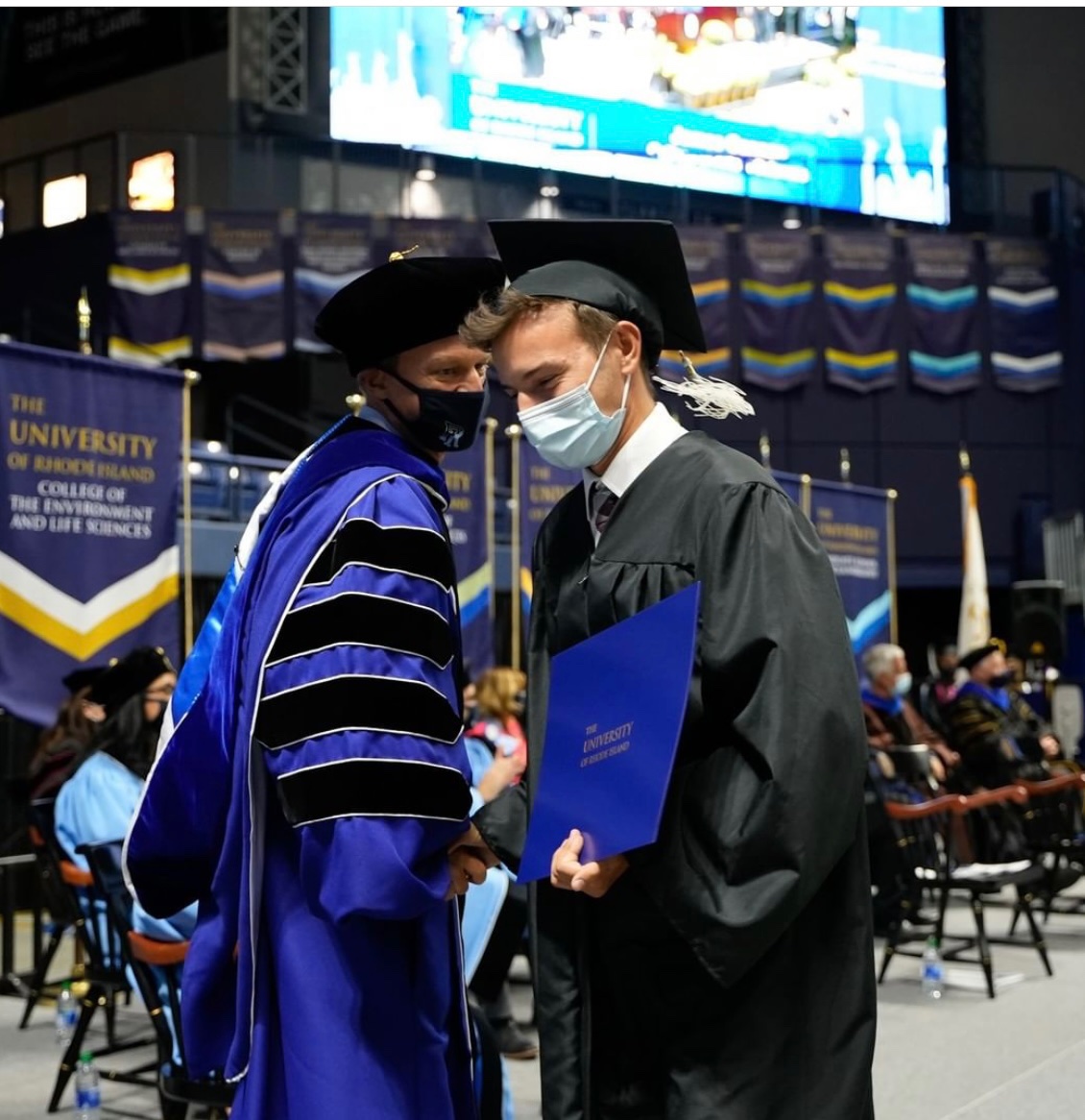 More than 15 months after completing their undergraduate degrees at the University of Rhode Island, members of the Class of 2020 have finally gotten their traditional in-person commencement ceremony.

The ceremony, held on Oct. 1, was originally supposed to take place in May 2020. Its continued postponement was due to the COVID-19 pandemic that drastically changed the final months of the class of 2020’s college experience.

“It was just a slog,” Chris Alves ‘20, said. “It had a really big impact on my mental health. I wasn’t seeing my friends. I wasn’t seeing the fruition of all the hard work I had. It was really just dismaying.”

Alves, a public relations and communications double major, also said that those final weeks of college at the beginning of the pandemic were harder to care about than his prior college experience.

This sentiment was shared by many others, and while many expected, understood and agreed with the decision to postpone the ceremony, they weren’t happy about having to do so.

“By the time it was officially announced that we wouldn’t be getting a ceremony, most of us sort of already knew that it wouldn’t happen,” Allison Lantagne ‘20, said. “But I left college for spring break and never came back, which was tough because we thought that we would have six more weeks to really soak it all in and make memories.”

She said that she initially heard about the in-person ceremony over Facebook. Lantagne, a double major in political science and communication, was very involved in the URI community, serving as the external affairs chair of Student Senate and the president of both Rhody Ridiculousness and the URI College Democrats.

Both Lantagne and Alves said that the ceremony allowed them to experience URI and see old friends and acquaintances one last time.

“It felt like I had never left the people that I hadn’t seen since March of 2020,” Lantagne said. “It felt right.”

The ceremony was less attended than most on-campus commencement ceremonies, as most graduates have moved away from Kingston since they officially graduated in 2020. According to Assistant Director of Communications Dave Lavallee, a total of 683 members of the Class of 2020 attended, with 606 there for their undergraduate degrees and 77 graduate students in attendance.

Alves, who is currently working with Americorps and Ettie Lee Youth in Los Angeles, had to take a cross-country flight to return for the ceremony.

“It was a pretty big decision for me,” Alves said. “But I wanted to seize that opportunity, to have closure for events that I missed and to feel good about what I accomplished in college.”

“Whether the ceremony was scheduled for this past weekend or three years from now, I knew I was going to be there,” Lantagne said. “So once the announcement was made, I took my time off and made my plans.”

Due to fewer people being able to attend than normal, students from every college got to graduate in one ceremony, which Lantagne said was a nice experience. According to Lavallee, nine ceremonies were necessary for the Class of 2021 when they graduated in May of this year.

Ultimately, both Lantagne and Alves said that returning to campus for one more day to put a cap on their college careers was satisfying.

“This was one of those once-in-a-lifetime things that I don’t know if I’m ever going to experience again,” Alves said.