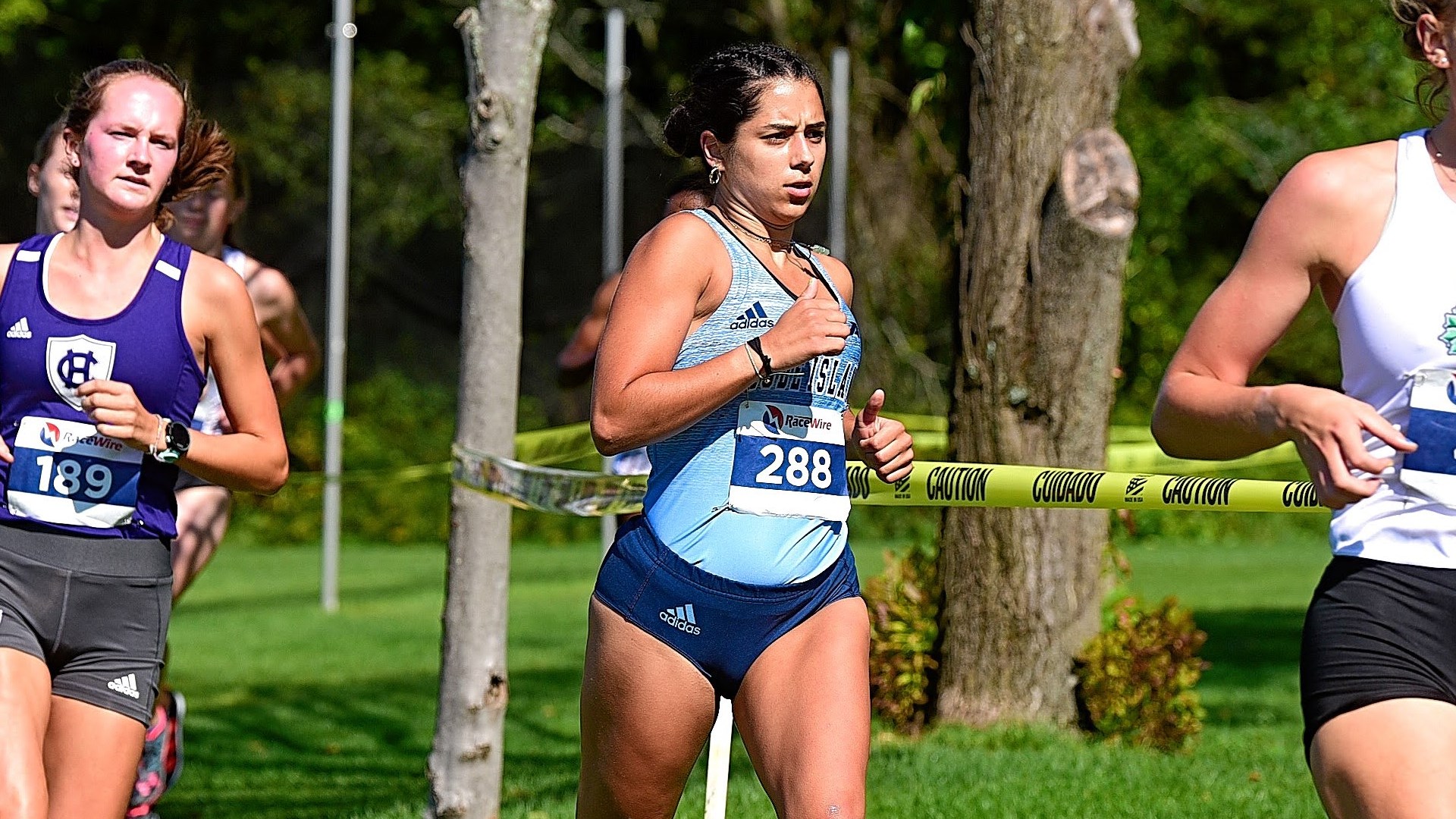 Senior Becca Durham finished second on the women’s team behind Madeline Till this past weekend. PHOTO CREDIT: gorhody.com

Over the weekend, the University of Rhode Island Men’s and Women’s Cross Country teams participated in the New England Championships at Franklin Park in Boston, where they raced against the top runners in the region.

The men’s team finished ninth overall in the race. Their 216 point performance was good enough to finish in the top-10, marking their best performance at the event in the past 30 years, while the women finished 13th overall with 335 team points.

Their mental strength has been one of their defining traits so far this season, according to Rhode Island Men’s Cross Country Assistant Coach Brian Doyle.

“The real talent that they have is a real dedication to each other,” he said. “That’s probably the best quality any athlete can have.”

Zulkofske has emerged as a strong leader for the Rams. Even when he’s not racing at his best, he puts in extra time after team meetings to further hone and perfect his craft.

“He’s really learning to know what it takes to really get the guys going,” Doyle said. “He’s someone who’s real light-hearted and somebody who doesn’t take themselves too seriously.”

For the women, freshman Madeline Till headlined her squad once again this weekend, finishing in 57th place with a time of 19:07.4. Till is also coming off of Atlantic 10 Rookie of the Week honors for the week of Oct. 3.

Women’s Cross Country Head Coach Laurie Feit-Melnick previously described Till as one of their “best runners,” even in her first year. Till finished at the top of their previous event in the Battle in Beantown, despite feeling under the weather in the week leading up to the race.

Both teams will return to action on Oct. 22 for the Rothenberg Run. The race will be held in Providence and will be a dual meet against in-state rival Brown University.

On the men’s side, there’s no concrete plan for who will race against the Bears, but a key emphasis of preparation will be getting ready for the upcoming Atlantic 10 Championship.

“For most of our top guys, it won’t really be an all-out race,” Doyle said. “But we definitely have some things that we have to work on and really be able to execute at the conference championship.”

Although it’s early on in the season, Doyle’s squad looks to make their mark in program history. Crediting the legendary John Copeland for establishing a system of success during his 39-year tenure as the URI’s head coach, Doyle believes the sky’s the limit for Rhody this season.

“This team really has potential to be one of the best we’ve had in a long, long time,” he said.